Bill Haney adds another $133M to Skyhawk’s coffers, as the RNA startup guns for the clinic 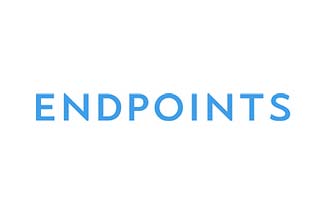 A few years after becoming one of the first major biotechs out to drug RNA with small molecules, serial entrepreneur and filmmaker Bill Haney is reeling in another $133 million for Skyhawk Therapeutics. And it sounds like he’s got the S-1 papers in his back pocket.

Skyhawk unveiled the latest round led by Fidelity Management and Research on Tuesday morning, which Haney says is likely the company’s last venture round before going public. Other big name investors like GreatPoint Ventures and Rock Springs Capital also chipped in.

“Some of it depends on the science, how fast things are moving and we have to all be humble about the surprises, good and bad, that can come from that,” the CEO told Endpoints News. “And then the financial markets themselves change.”

If the IPO window remains wide open, Haney imagines filing Skyhawk’s S-1 papers sometime in the next 12 to 18 months.

Skyhawk has raised more than $625 million so far, Haney says, more than $425 million of which comes from pharma upfronts, and the rest from equity investors including the latest round. That’s a lot of cash for a company that hasn’t yet made it to the clinic.

“In the years that follow, we expect more and more. We’re presently working on more than two dozen programs for partners, and about a dozen internal programs,” he said.

The lead program, according to the company’s website, is a neurodegenerative candidate. However, the team also has several autoimmune, cancer, and neuromuscular targets, in addition to virology and muscular targets.

Skyhawk emerged from stealth in 2018, a year after Haney founded Dragonfly, another Boston-area startup that set out to leapfrog checkpoint therapies for cancer patients. He met Skyhawk’s co-founder Kathleen McCarthy on a trip delivering medical supplies to clinics in the Dominican Republic. He kept in touch with the “strong minded, ferocious” young scientist after that, and Skyhawk was later inspired by her work on Roche’s drug Evrysdi, which was approved last summer to treat spinal muscular atrophy in adults and children.

Skyhawk was the fourth biotech to emerge from stealth mode with plans to drug RNA, after Michael Gilman’s Arrakis, Expansion Therapeutics and Ribometrix.

“The best judges of the platforms, because they get to see all the information including stuff I don’t know, are the Big Pharma partners,” Haney said. “I do know that virtually every pharma firm, when choosing, has chosen us.”

So far, Skyhawk has inked deals with Merck, Bristol Myers Squibb, Biogen, Takeda, Genentech and most recently Vertex, which put down $40 million upfront to get things started in December.

In addition to helming two biotechs, Haney is also a documentary filmmaker and was the chairman of the green home builder Blu Homes before it was bought out by Dvele last May. Where does he find time for it all?

“My kids are out of the house,” he joked.