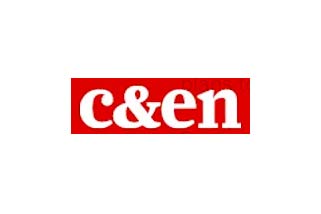 Even the hippest chemist doesn’t know how many potentially world-changing chemistry start-ups are out there. As we at C&EN present our fifth class of 10 Start-Ups to Watch, we can confirm that there are definitely hundreds, and perhaps thousands.

That makes the job of picking just 10 a challenge—though an inspiring one. This year’s choices were selected after vigorous debate by our writers and editors. We made our own lists based on our day-to-day reporting and scoured the hundreds of firms nominated by readers and advisers from around the world. We picked winners for their groundbreaking chemistry as well as the importance of the problems they are tackling.

Which of these companies, should they find further success, will improve your life or that of your family or community? Those of us who live in places with drinking water that contains per- and polyfluoroalkyl substances (PFAS) will want to read about CycloPure. This start-up is game to come to your town’s aid, treating your water with an approach akin to that of Febreze.

A third potential therapy, based on a small molecule, is in the final stages of clinical testing at Roche. Like the antisense therapy, it works by altering RNA splicing—something most people didn’t think a small molecule could do until a few years ago.

RNA splicing is the intricate process that cells use to remove unwanted regions of their RNA code and stitch the desired regions, called exons, back together. Drug developers already use bulky antisense oligonucleotides to force cells to either include or skip over certain exons. By altering RNA splicing, those drugs create detours around genetic mutations and turn faulty RNA molecules into ones that produce functional proteins.

Kathleen McCarthy was part of the team—first at the Spinal Muscular Atrophy Foundation and later at Roche—that developed a small molecule to alter the splicing of a particular RNA. In mice, the molecule restored the production of a protein normally missing in SMA.

Skyhawk Therapeutics is looking for small molecules that alter RNA splicing, the process of stitching together stretches of RNA code called exons to form a messenger RNA (mRNA) molecule. One strategy, called exon inclusion, uses a small molecule to incorporate a normally excluded exon in the mRNA. The cell then uses that mRNA to make a protein that corrects a disease. In a second strategy, called exon skipping, the small molecule forces the cell to exclude an exon from the mRNA that would normally result in a truncated protein. The new, shorter mRNA makes a slightly shorter but still functional protein.

It was an unprecedented achievement for a small molecule, and it got McCarthy thinking: “How can we take what we learned from SMA and apply it to other diseases?”

So in 2016, McCarthy called up her old friend Bill Haney—a documentary filmmaker, entrepreneur, and CEO of the start-up Dragonfly Therapeutics—to hash out her hypothesis. Haney was intrigued but didn’t want to court investors to raise money for a new company. “I’ll write a check,” he recalls telling McCarthy.

Although neither Haney nor McCarthy have advanced scientific degrees, the preliminary data produced by their start-up, Skyhawk Therapeutics, quickly garnered the attention of larger drug developers. Since its inception 3 years ago, Skyhawk has signed partnerships with Biogen, Celgene, Genentech, Merck & Co., and Takeda Pharmaceutical to develop splicing-altering drugs. “It took off really quickly and quite unexpectedly,” McCarthy says.

Today, Skyhawk is developing small molecules with at least three distinct ways to alter splicing. The first strategy, and the one applied in Roche’s SMA program, is exon inclusion. Here, a small molecule forces the RNA-splicing machine, called the spliceosome, to grab an otherwise excluded exon and put it in the final RNA product.

In exon skipping, a small molecule causes a cell to leave out a problematic exon, with the goal of producing a slightly shorter, but still functional, protein. Other companies have used antisense oligonucleotides to skip over exons that cause Duchenne muscular dystrophy, with the goal of creating a less severe disease.

The third strategy—and one that McCarthy is particularly excited about—is called exon interference. Her team is working to design small molecules that intentionally disrupt exon splicing to prevent cells from producing bad proteins.

The goal is to target historically undruggable proteins, like KRAS, implicated in cancer and stop the toxic buildup of proteins linked to neurological diseases like Alzheimer’s and Parkinson’s. Skyhawk is also exploring exon interference for applications in inflammatory and infectious diseases.

A major challenge for all approaches will be finding molecules that selectively alter the splicing of a particular RNA while leaving other RNA molecules alone. And that’s no small feat. Historically, scientists considered RNA undruggable—and certainly not selectively so—due to its seemingly generic and floppy structure. “RNA gets a bad rap,” McCarthy says. “There are actually very specific structures in RNA that we can target.”

It will be several years before Skyhawk is able to prove its worth. Haney anticipates that the first clinical trials will begin in 2021. Until then, don’t expect to hear much about the company’s science—it is shying away from presenting at conferences.

“I am trying like crazy to shorten that period of time from cool idea to patients being helped,” Haney says. “And I don’t want to do anything that’s a distraction.”