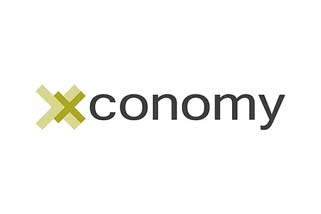 Entrepreneur, scientist, doctor, startup founder, CEO, and in some cases, all of the above. This year’s Young Innovator award finalists—all 35 and under—have shown that they can do it all to try to translate an idea into new treatments or digital tools for patients and healthcare providers. Here’s more on the finalists. The winner will be announced at the Xconomy Awards gala on Sept. 5 in Boston.

Kathleen McCarthy was working as a scientist for the Spinal Muscular Atrophy (SMA) Foundation early in her career when she was first introduced to the idea of targeting RNA with small molecule drugs—the basis for her current startup. The SMA Foundation funds R&D focused on finding new drugs for SMA, a rare genetic disease. While at the foundation, McCarthy helped developed an SMA drug belonging to PTC Therapeutics (work that was funded by the SMA Foundation). That drug, now being tested in late-stage trials through a partnership with Roche and the SMA Foundation, is a small molecule that targets a particular RNA molecule. It works by changing how the RNA is spliced, or edited, by the cell, to increase production of the protein made from that RNA molecule.

McCarthy moved to Roche to help advance the SMA drug into clinical testing, and started thinking about how small molecules could be used to correct RNA splicing errors in other diseases. She went to her friend, tech entrepreneur and investor Bill Haney, with the idea for a company, and together they co-founded Skyhawk Therapeutics in 2016, where McCarthy, 34, is chief scientific officer. Skyhawk recently announced a $60 million deal with Celgene (NASDAQ: CELG) and $40 million in financing from a variety of investors. The company says it could start clinical trials for its first drug, in cancer, by late next year.