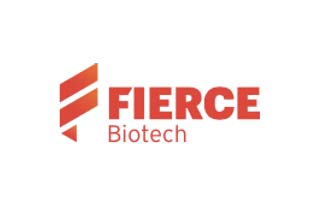 Vertex will take full responsibility for development and commercialization of assets it licenses from Skyhawk Therapeutics.

Vertex has secured exclusive options to license Skyhawk Therapeutics’ candidates that modulate RNA splicing. The deal will see Vertex pay Skyhawk $40 million upfront and commit to up to $2.2 billion in milestones to secure options on multiple small molecules.

Skyhawk, led by Bill Haney, has landed deals with a who’s who of leading biopharma companies on the strength of a platform that generates drugs designed to modify expression of genes once thought to be undruggable. Biogen, Bristol Myers Squibb, Merck, Roche and Takeda have all signed up to work with Skyhawk to access the fruits of the platform.

Now, Vertex has joined Skyhawk’s roster of A-list partners. Vertex is paying $40 million for options to license small molecules against targets covered by the collaboration. The nature of the targets is unclear, with Vertex and Skyhawk only saying they are going after “serious diseases.”

While scant detail about the deal is public, the agreement provides further evidence that leading drug developers see promise in Skyhawk’s approach. Vertex Senior Vice President Mark Bunnage said the deal fits with his team’s desire to invest in technologies with the potential to significantly improve outcomes in multiple serious diseases.

“We believe that splice site modulation holds significant promise for the treatment of diseases which today have limited or no therapeutic options,” Bunnage, who is also site head for Boston research at Vertex, said in a statement.

The deal could be worth serious money if the candidates live up to that promise. Vertex will take full responsibility for development and commercialization of assets it licenses, handing Skyhawk up to $2.2 billion in milestones, plus royalties, along the way.

Skyhawk’s internal pipeline, like many of its partnerships, features oncology and neurology assets, including one candidate that is closing in on the IND stage, but its deals show the platform has broader potential. Merck expanded its agreement with Skyhawk to cover autoimmune and metabolic diseases in May. Celgene’s deal also covers autoimmune diseases.